So what is Bitcoin? Here is the definition found on the Wikipedia page.

Bitcoin is a peer-to-peer payment system and digital currency introduced as open source software in 2009 by pseudonymous developer Satoshi Nakamoto. It is a cryptocurrency, so-called because it uses cryptography to control the creation and transfer of money. Conventionally “Bitcoin” capitalized refers to the technology and network whereas lowercase “bitcoins” refers to the currency itself. Bitcoins are created by a process called mining, in which participants verify and record payments in exchange for transaction fees and newly minted bitcoins. Users send and receive bitcoins using wallet software on a personal computer, mobile device, or a web application. Bitcoins can be obtained by mining or in exchange for products, services, or other currencies.

Here’s a succinct video explaining “what is bitcoin?”

Further explanation can be found from bitcoin.com and to quote:

Practically speaking, Bitcoin is a form of digital money that (1) exists independently of any government, state, or financial institution, (2) can be transferred globally without the need for a centralized intermediary, and (3) has a known monetary policy that arguably cannot be altered.

From Wikipedia we find:

The legality of bitcoin varies by region. Nine countries have fully banned bitcoin use, while a further fifteen have implicitly banned it. A few governments have used bitcoin in some capacity. El Salvador has adopted Bitcoin as legal tender, although use by merchants remains low. Ukraine has accepted cryptocurrency donations to fund the resistance to the 2022 Russian invasion. Iran has used bitcoin to bypass sanctions.

Are you a Bitcoin Artist? If so, check out the Art 4 Bitcoin Listing Page for more information on getting your works up and your site linked to. Are you a blogger? Do you like to write? Why not contact us and we’ll share any stories you may have and would like to share about your experiences with BTC and art. Have you been able to sell any or your works? Do you have any stories or recommendations for receiving Bitcoin? Not an artist but still have word to share on what you think about Bitcoin and where it’s going? Well, we’d love to hear from you!

Donate Bitcoin to this address 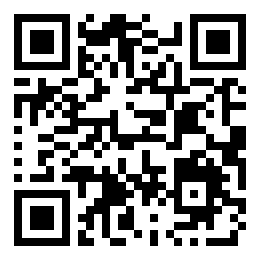